My first card is made for the Sketch Saturday challenge. 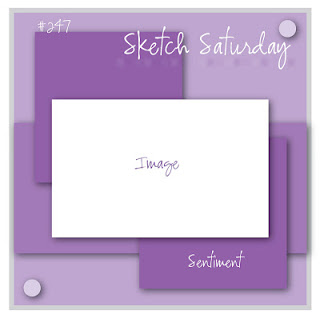 I've rotated the sketch and used backing papers from a Prima pack that was free with Simply Cards & Papercraft magazine. The owl is one of the new dies designed by Stephanie Weightman and comes in a set of two. It cuts beautifully and came out of the die with no problem. I've matted him onto the same cardstock that I've layered the papers with 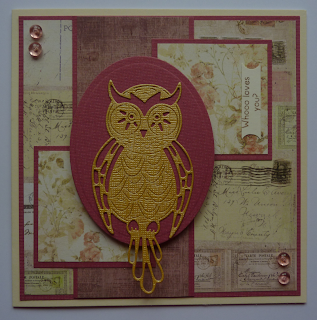 For my second card, I've used the other owl cut it in Core-dinations card stock again and layered him on a Marianne die. The backing paper is from an odds pile that I need to use up. I wanted something with not too much pattern so as not to take away from the owl. This piece was too green for what I wanted so I've added some Tumbled Glass distress ink with some Frayed Burlap around the edges. When I cut the first layer of card one of the edges had a dent in it so I've used my scissors around all the edges so it looks intentional. The flowers are by the Hobby House 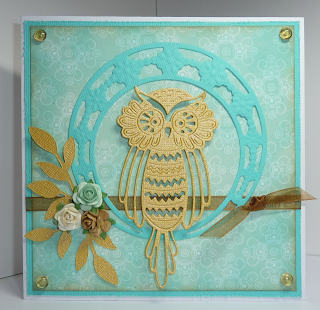