Well it's the second day of April and here on the South Coast we've not had a shower yet. In fact it's been a beautiful day. For my card today, I've used this sketch from Seems A Little Sketchy 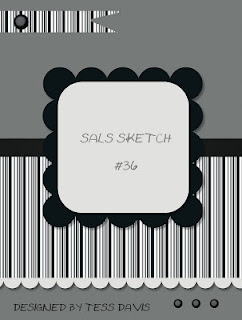 The theme this week at Cuttlebug Mania is April Showers and the girls there have come up with some beautiful cards. I've used an image from the Mabel Lucie Atwell CD which is so cute. I was going to triple emboss the image to give a glossy look but once I'd put the first layer on, I really liked the mottled look as it reminded me of rain so I have left t at one layer. 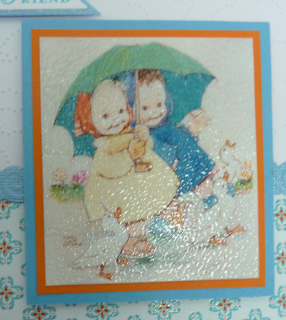 The clouds are from a Stampin Up embossing folder which gives a really sharp image. The paper is left over from another project but the colours went so well with the image, I couldn't have found anything better in my stash. I've used a Joy Craft border die across the middle and a Stampin Up die for the greeting. A few gems and the card is finished. I'm also entering this into the Joanna Sheen challenge which is Come Rain Or Shine