The theme at Cuttlebug Mania this week is to use a cat or cats on you project. Now as you might imagine I have lots of cat stamps so it was a difficult choice which one to use. I've been looking for a nice paw print embossing folder but I've only found a border one or one with bones on too so I decided to make my own. I've used scraps of white card and my EK Success paw border punch and a fine pair of tweezers 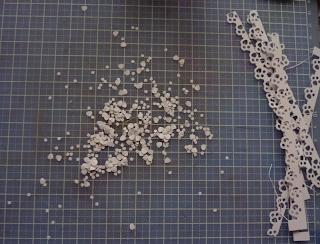 This is the embossing sheet 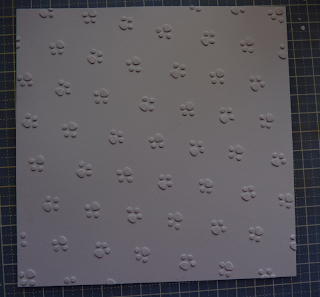 and this is the resulting embossing 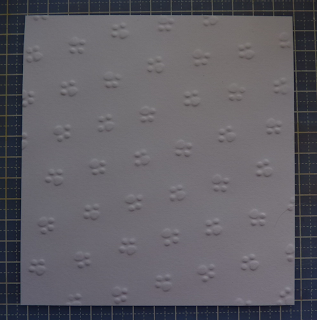 The embossing isn't deep (I've used two layers of the paws so I may add another later) but it does show up.

Once I'd sorted the background I looked up and saw this Memory Box cat die so decided to go with that instead of a stamp. I've also use a Marianne Birdhouse die and stamp set and a bird die which is also by Memory Box. I wasn't sure what colour to do the birdhouse and when I looked through my scraps I found one of the cuff things that go on the bottom of takeaway hot drinks and thought it would be perfect 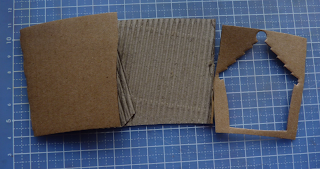 It's finished off with a sentiment by Wild Rose Studio. I'm also entering this into the Snippets Playground at  Pixie's Crafty Workshop 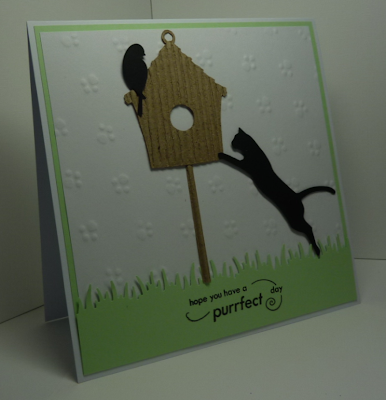 We're lucky that Buddy doesn't seem to be interested in all the birds that we get in the garden but he does spend hours sat on the compost bin watching mice in the woodshed. I took this from my craft room window this afternoon 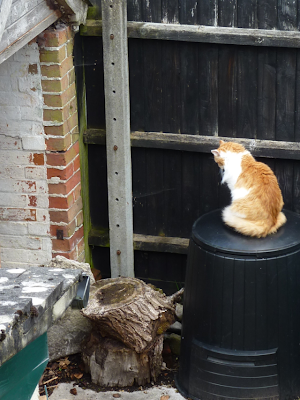