The girls at Cuttlebug Mania want us to make a Christmas card this week - the first week of glorious weather too! I've based my card on this layout from Seems A Little Sketchy 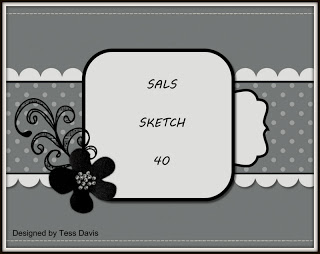 Most of my Christmas stash has been put away and it's too early to get everything out but I did keep this cute Marianne Design Skater stamp with my other Marianne stash so I've coloured him with Promarkers and cut him with a Nestie die in the Cuttlebug. The backing paper is also by Marianne Design from the Scandinavian Winter bloc. I've embossed a strip of white card with the Swiss Dots folder for the piece across but when it came to do the mat for this, I didn't have enough of the blue card so I've used the scraps from the main piece and only matted the end pieces that show (another card for Pixie's Crafty Snippets Playground). The sentiment is from the same set as the image which was a freebie with a magazine last year - one of the best freebies I've had in a magazine. The skates are a Marianne Design die and I've finished off with a little Stickles. 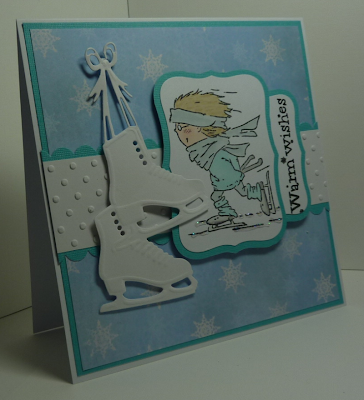