Cheeky Monkey In The Garden!

Well, OK , not a monkey but a cheeky squirrel. We've had to buy squirrel proof feeders as the poor birds weren't getting anything after Mr Squirrel had visited. We don't mind him having a little bit but he was running off with half a fat ball each time. 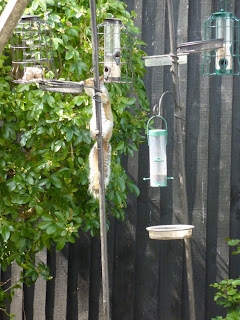 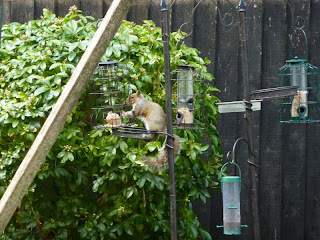 And proceeded to scratch bits off the fat balls 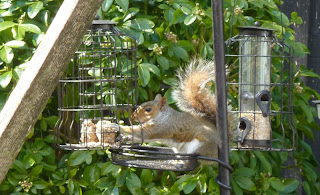 So these feeders aren't quite squirrel proof but at least he had to work for his food. And there was a blackbird waiting underneath for the bits that he dropped