The challenge at My Craft Spot is to make a gift card holder. I've used this sketch at Seems A Little Sketchy for the front 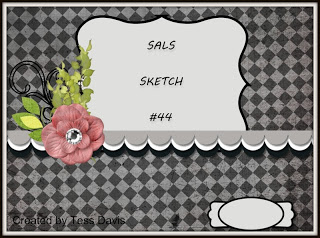 I've used some pretty pink paper that's been say on my desk for ages and a cute Lily Of The Valley Wild Rose Studio pre-coloured image which I cut with Nesties. The grass strip is cut with a Martha Stewart punch and I've added a ribbon across it. The flourish is by Marianne Design and the flower is from my stash. The sentiment is from a box I found in my cupboard which I had totally forgotten about. 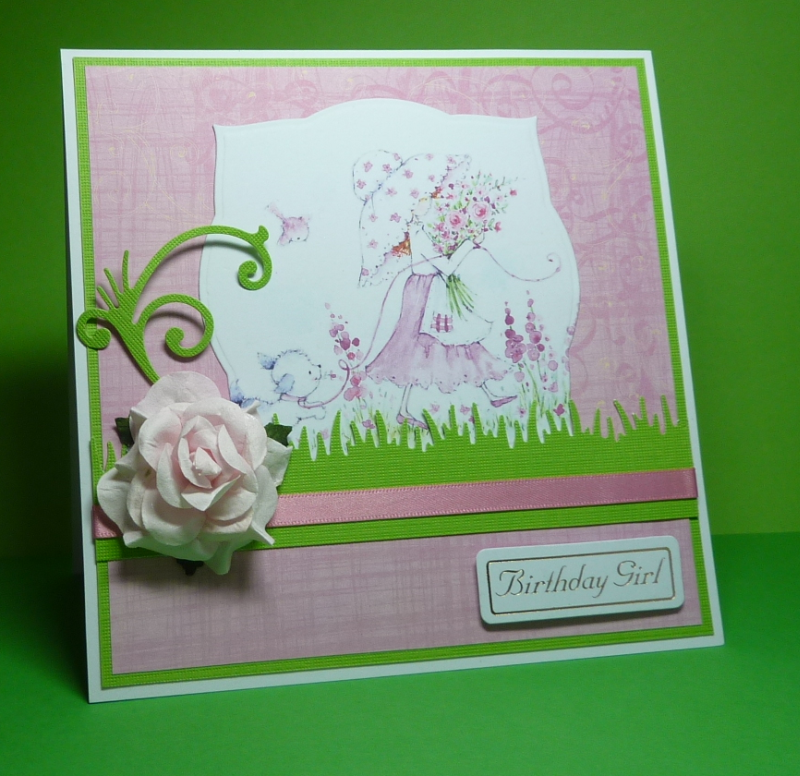 On the inside, I have used some more of the pink paper and some green to make the card holder. Stripes of these papers were added to the envelope that holds the gift card (I didn't have a gift card so used a Matalan card that was to hand). The sentiment is from a Stampin Up set called Say It With Scallops

I'm also entering this into the following challenges 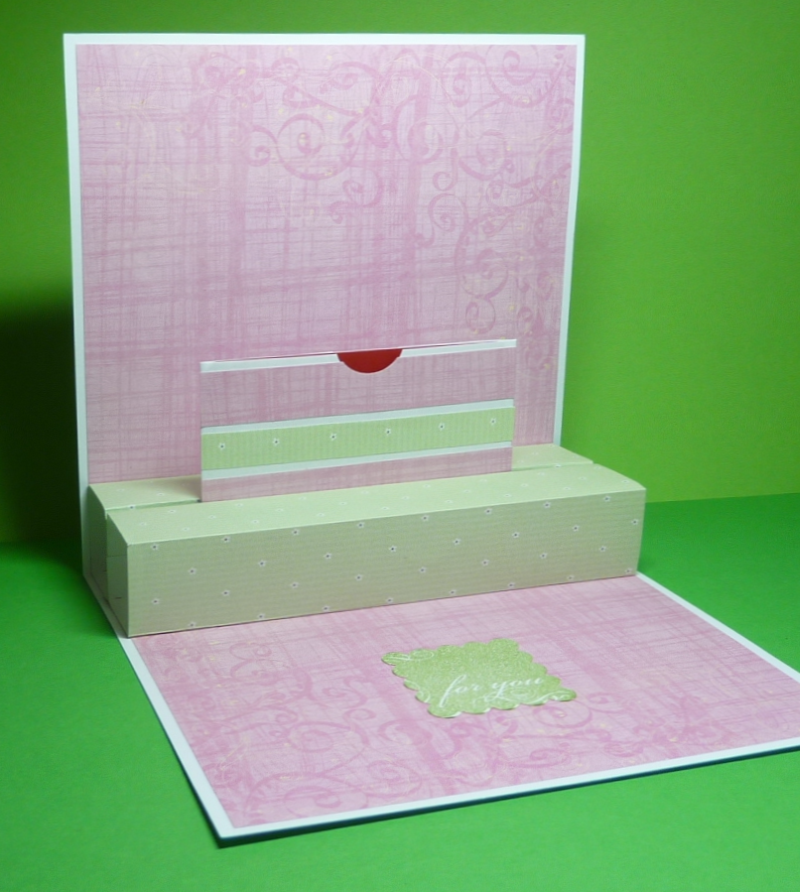 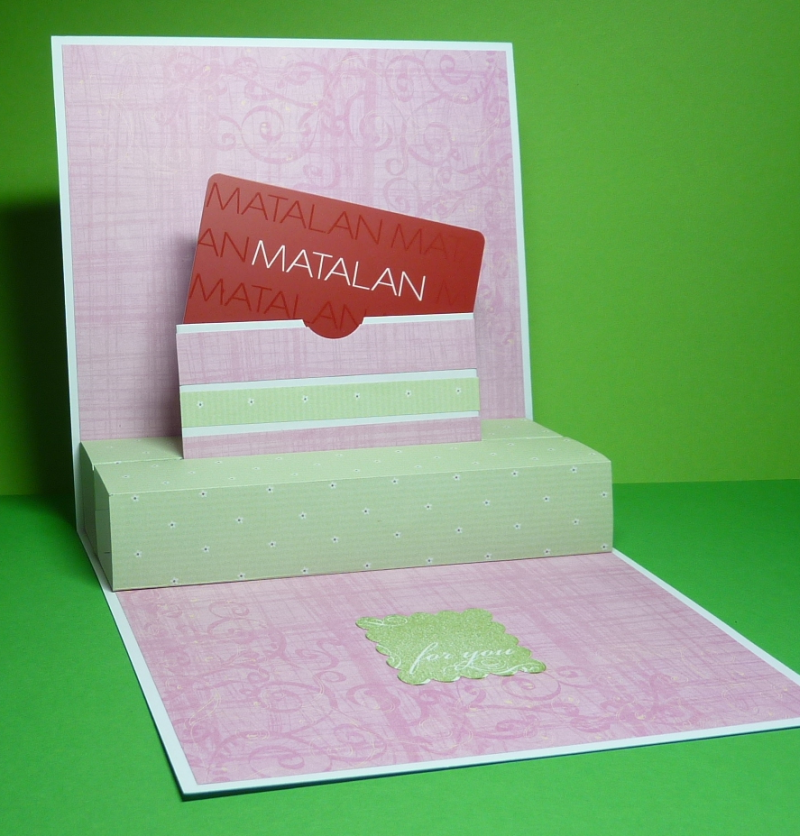